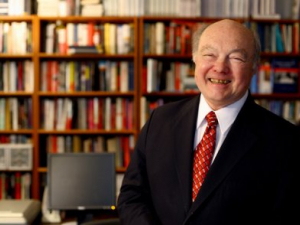 While at Duke, Ambassador Matlock is teaching two courses that draw connections between history and the current geopolitical climate – Leadership in International Relations and The End of the Cold War and After – and lecturing on U.S.-Russian relations in St. Petersburg, Russia in 2016 and 2017 as part of the Duke in Russia summer program. Matlock also delivers remarks across campus and outside of Duke, and engages with students, scholars, journalists, and policymakers.

Matlock is also spending a significant amount of time preparing his papers from his years in the Foreign Service for archival. This collection includes correspondence, diaries and journals, appointment books, daily notes, meeting notes, sound recordings, photographs, publications files, teaching files, personal files, and research archives. These materials, which represent a unique and substantial record of U.S.-Soviet relations during the waning years of the Cold War, will be donated to Duke University’s David M. Rubenstein Rare Book & Manuscript Library for the public to access.

Among Duke's most distinguished alumni is Dr. Jack F. Matlock, Jr. (BA '50, summa cum laude), whose remarkable diplomatic career included nearly 4 1/2 years (1987-91) as US Ambassador to the USSR, and, before that, as Special Assistant to the President and Senior Director of European and Soviet Affairs in the National Security Council. This October 12, 2020 lecture was delivered via Zoom to Prof. Charles Becker's upper-level Economic History of the Rise and Fall of the Soviet Union course, and provides fascinating insights into the Reagan-Gorbachev negotiations that led to the end of the Cold War in the late 1980s. The lecture also includes a discussion of the forces leading to the Soviet Union's collapse. As Prof. Becker notes, "Duke has been incredibly fortunate to have an alumnus and scholar of Ambassador Matlock's eminence. His analysis not only provides an insider's view; it also counters stereotypes about the players and offers a model for how to put negotiation strategies and game theory into action."

Lecture:  "Dealing with Russia:  Advice to the Next President"

One of America’s most accomplished diplomats, Jack Matlock served in the American Foreign Service from 1956 to 1991, including as Ambassador to the Soviet Union from 1987 to 1991, Special Assistant to the President for National Security Affairs, and Senior Director for European and Soviet Affairs on the National Security Council Staff from 1983 until 1986, and Ambassador to Czechoslovakia from 1981 to 1983.

Union League of Chicago:  Russia Under Putin: How to Work With Him (2016)

Jack Matlock, the former US Ambassador to the USSR from 1987 to 1991, gives an address at the Union League Club of Chicago titled, Russia Under Putin: How to Work With Him.

Director of the Program on U.S.-Russia Relations, Kimberly Marten interviews Ambassador Jack F. Matlock on his most memorable experiences while serving as ambassador. (Credit:  Harriman Institute at Columbia University)

Click here to go directly to the beginning of the presentation 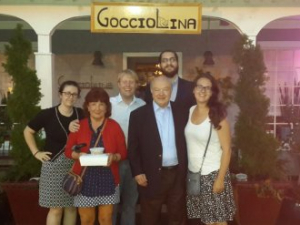