I was a professor of Slavic linguistics for 36 years in the Department of Slavic Languages and Literatures of Indiana University, where I also served as chair for 15 years. I retired in 2011 and am now Professor Emeritus. Throughout my career, I have attempted to follow the scholarly principles of Roman Jakobson, who emphasized the importance of systematic relationships in language. It often happens that a linguistic category, such as stress accent, is based on relationships that are not immediately obvious to the linguist, but it is the linguist’s task to discover covert relationships that speakers automatically implement. Thus, in the case of Russian stress systems, I have tried to show that the language can be described with only three basic types of stress, as long as the systematic rules are known. In this way, any given noun, verb, or adjective can be given one of three types of stress marks, which must then be interpreted jointly with the properties of the stem and/or inflectional class. The alternative would be having many more than three basic types, but avoiding a statement of the systematic rules that apply to the language as a whole. The goal of my stress system is to do something analogous to the Jakobsonian one-stem verb system, in which a single verb form, instead of two or three, can predict the entire paradigm, with the proviso that certain systematic rules must be known. This may be more difficult for the beginning student, but it demonstrates the inner structure of the language and is more efficient for the more advanced student.

In addition to Russian, I have tried to apply similar rules to Slavic historical linguistics, including the process of diphthongization and development of the neo-acute stress. I have also worked on West Slavic, particularly Polish, and have offered an interpretation of how the original stress system of Common Slavic evolved into the later quantitative vowel systems of West Slavic. I have also classified the accentual patterns of Bulgarian nouns, based on the principle of using an unambiguous environment for the determination of distinctive features, rather than a position of neutralization.

Copies of these and other papers can be viewed on the website http://www.indiana.edu/~pollang/papers.htm. 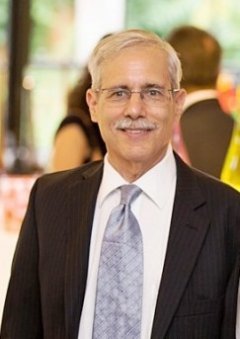